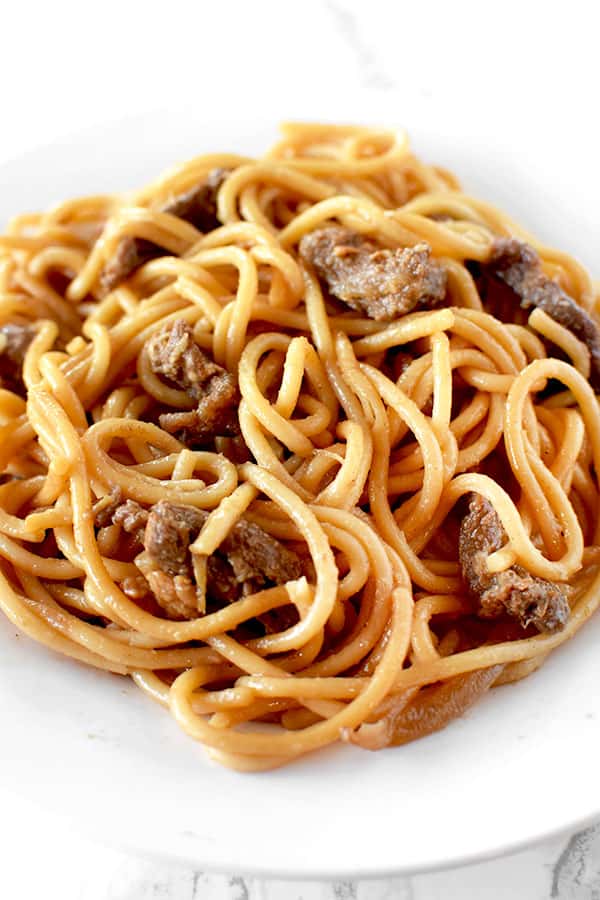 Beef lo mein is a surprisingly easy dish to make. It is perfect for the weekend or even a weeknight dinner.

When I was still living in New York, whenever got Chinese food I’d get either beef lo mein or beef and broccoli.

Friends would often get sesame chicken, and normally I’m more of a chicken girl than a beef girl – I’m picky about my beef – but when it comes to Chinese food, it’s always beef for me.

In fact, I’m pretty sure beef lo mein was what I ordered on my first trip back after moving to Israel.

So, like so many things I missed from living in the States, such as pumpkin muffins and pumpkin pie, I decided to start making it myself.

How to replace lo mein noodles

If you don’t have lo mein noodles, you can easily use spaghetti instead.

However, you really won’t taste much of a difference under flavorful sauce.

Previous
Substitution for Cream of Tartar

Next
Scrambled Eggs without Milk
Click here to cancel reply.