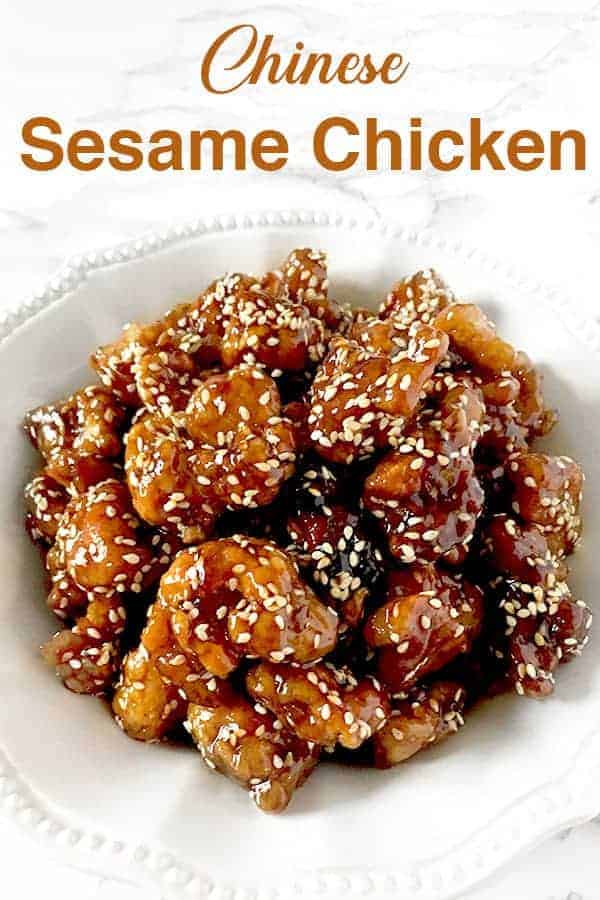 If there is one thing my family misses since moving to Israel it’s Chinese food.

Sure, there are Asian restaurants in Israel, but they do it differently.

Even if they had authentic Chinese food, it wouldn’t be the same because what we miss is American-Chinese food.

What they long for are dishes that are completely unfamiliar to a native Chinese pallet.

This inspired me to see if I can make these recipes and more on my own.

I started with lemon chicken, a dish popular in Canadian Chinese takeout, because I had a bunch of lemon sitting around.

Once I saw how easy it was to make that, I figured it would be just as easy to make most things and I wasn’t wrong.

This recipe couldn’t be easier.

At first glance it looks like a laundry list of ingredients, but really most of them repeat, and you can easily find all of them in your pantry or kitchen cupboards.

Why does this recipe suggest dry sherry?

Shaoxing wine is not only hard to find depending on where you are from and I don’t like requiring specialty items in my recipes.

In addition, is exceedingly hard – if possible, at all – to find kosher.

So, since dry sherry is easier to find and can be found kosher, I list it as an option.

However, I personally don’t think this ingredient changes the recipe enough to not make it a requirement.

You can easily make this recipe without dry sherry. I usually leave it out.

Why is sesame oil optional?

Sesame oil is relatively expensive and adds more calories to an already fattening dish.  Most recipes require it and if you have it on hand you are welcome to use it.

Personally though, I don’t think it makes enough of a difference to the flavor to require it and when making this dish I usually leaving it out.

Most people have a preference between eating white meat or dark meat.  They both certainly have their benefits and detriments in this recipe.

Use one hand to dip the chicken in the egg and the other to roll it in flour. By using both hands you avoid getting thick layers of batter on your fingers known as “club hand.”

Place half the flour at the bottom of a container. Add the chicken and cover with the remaining flour. Cover with a lid and shake for a few minutes. Each piece should come out well coated.

When frying chicken the temperature of the oil is important.

If you don’t have a thermometer, when the oil seems hot drop a little flour into the oil. If the flour sizzles and floats on the top it’s hot enough.

A genuinely excellent article which explains everything a home cook needs to know.

I'm glad you found it helpful :)

sound very good,i'll try it for sure

I look forward to hearing how you enjoy it :)