Shepherd’s pie and cottage pie are classic comfort foods that are healthy and filling.  This recipe is not only easy but also dairy free making it kosher as well.

It originated in the United Kingdom, however it is up for debate if it comes from England or Ireland.

Given Ireland’s great love for potatoes, I think it’s a safe bet to call it an Irish food. In fact, in Irish this dish is called pióg an aoire.

There are a number of variations to this meat pie, but the defining ingredients are ground red meat cooked in a sauce with onions.

Sometimes other vegetables, such as peas, celery, or carrots are added.

Meat pies have been made since ancient times until today.  Since the Ancient Greeks meat pies were topped with a type of pastry like chicken pot pie.

However, topping meat pies with became popular with the British peasants when potatoes were brought over from the New World.

This is because it was a cheap edible crop affordable for the poor.

Due to this the pie was originally called cottage pie implying that it was a peasant food.  The name shepherd’s pie only started being used over 60 years after the term cottage pie was coined.

To begin with shepherd’s pie and cottage pie were used interchangeably.

WHICH TYPE OF OIL TO USE

I use neutral oils like canola oil, safflower oil, and vegetable oil.  However, oils with stronger flavors like olive oil to be used.

I am usually a strong advocate for authentic recipes.

I’m not sure how long Worcestershire sauce has been an ingredient in shepherd’s pie, I suspect it’s been a more recent addition for extra umami (savory flavor), however it is native to England.

Soy sauce on the other hand originated in China and is used in Asian cuisine.

So, needless to say, it doesn’t belong in an British recipe.

The reason I use it is because Worcestershire sauce is a fish sauce and cannot be added to meat in kosher cooking.

Therefor, since they have very similar flavors, I use soy sauce. Vegan Worcestershire sauce is fine too.

Why a sauté pan

You can technically use a sauce pot or a frying pan. However, I find sauté pan’s the best because they are sort of a combination between the two.

They are wide and short like a frying pan which lets the liquids evaporate relatively quickly.

However, unlike a frying pans it has high straight edges similar to a pot making for easier mixing.

After the pie has been put together but before it is baked it can be refrigerated for up to a few days or frozen for up to a month.

*Worcestershire is traditionally put in Shepherd's pie. However, it contains fish and kosher food cannot mix fish and meat. Because of this, if use soy sauce. 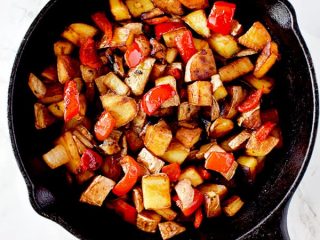 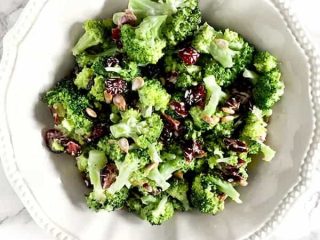 The notes on the recipe say about Worcestershire: "However, it contains fish and kosher food cannot mix fish and meat." However, that is not true. Fish is parve and can be mixed with dairy or meat. It is dairy and meat that cannot be mixed. Otherwise, the recipe looks good, and I will try it.

That is a great question and I'm glad you brought that up since someone who doesn't really understand the restrictions of kosher can easily be confused by this! While fish is parve, it in fact, cannot be mixed with both meat and dairy.

According to Ashkenazic tradition, fish cannot be mixed with meat and shouldn't even be eaten together on the same plate. In fact, observant Jews will either change or wash their eating utensils in between fish and meat so the two don't mix. As far as fish and dairy go, many Sfardim won't eat them together either.

This halacha does not come from the Torah but rather the Gamara, which is why it is primarily known by observant Jews.