Schmaltz is rendered chicken fat and has been essential to Eastern European Jewish cooking for centuries.  It is traditionally used for frying or spreading on bread but you can use it for so much more.

Where Christian communities often used lard in their cooking like Southerners still do today, Jew’s had to improvise.

So, in Mediterranean countries Jews used olive oil, in France goose fat was all the range, and in Eastern Europe schmaltz was favored.

There is also another aspect to why Jews used chicken fat to their cooking.

Not only did it add a great flavor, it helped poor shtetl Jews make use of parts of the chicken.

They could not afford for anything to go to waste which inspired a lot of culinary creativity.

However, it became a staple in Jewish cooking and was often eaten as a spread on bread.

Schmaltz fell out of popularity when saturated fats became the enemy.

For as long as I can remember there were campaigns warning against butter and meat fats.

However, nowadays people are starting to see the light, and fats are coming back into culinary style.

Classic schmaltz is made with chicken skin and an onion.

I also add in fat I trim from my chicken – I still can’t quite get passed the idea that animal fats are worse than olive oil.

The skin when fried turns to gribenes which are added to chopped liver or munched on alone.

Another option is to leave the onion out.

I do this when I want a more mild flavor.

Traditional schmaltz adds a great savory flavor, but I believe you can add it to just about anything if you leave out the onion.

Right now I’m still experimenting, but I promise to give you a list of recipes with which you can use schmaltz.

How to render chicken fat

There are two different ways to render chicken fat.

One is to add enough water to cover the chicken and cook it until the water evaporates.

My issue with this is that it causes a lot of splatter.

Another way is to just let the fat melt down with little to no water.

I’ve done this by not adding any water at all and it worked fine.

However, I think having a little water to begin with may help the skin from cooking too quickly in the beginning.

So, I add just a tablespoon.

That amount of water evaporates quickly leaving the fat to do its thing without any mess.

If desired, reserve crisped chicken skin and onion i.e. gribenes for chopped liver or to eat as a snack.

If you try this recipe, let me know! Leave a comment, rate it, and don’t forget to hashtag a photo #thetasteofkosher on Instagram. 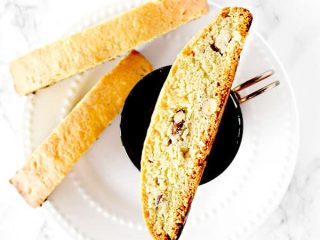 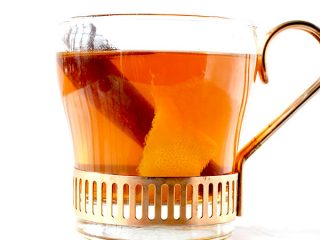 I have a goodly amount of duck fat and am trying to either find or develop a recipe for the stuffing used in derma/helzel/kishka. I want to make it, shape it into patties, and fry it up in my cast-iron skillet. Or mix it into a lukshen kugel. Or cover a pan of mashed potatoes with it, then bake it. Or, of course, stuff some kind of birds — I'm leaning toward Cornish game hens — and roast them over root vegetables in my skillet. (I'd brush melted duck fat on the skins of the hens prior to roasting, to gild those lilies.) Or shape it into cookies and bake over potato slices or peels for savory cookies, or make schmaltz shortbread cookies, or add to biscuits or scones. Or make a galette, or a cake, or muffins. Or …? I envision an entire cookbook devoted to all the possibilities of this flour-and-fat stuffing.

I want to use bread crumbs instead of matzoh meal but I'm wondering if panko would add lightness and crispness. Hmm, I could also coat the patties with panko before frying them.

There are so many things that I want to make with this stuffing! Any suggestions?

You know, I've actually never made kishka stuffing before, but I have a long list of what you can do with duck fat if you're interested :) I tend to use schmaltz regularly and duck fat works pretty much the same way.

I also hate waste and this worked out perfectly for me. My dog was also extremely happy about the small bits of chicken left over!

I'm so glad to hear that Chris!